A little something different...

live since February 20, 2020
Ever wondered if it might be fun to embark on an MA? I decided that this week I would share an essay with you that I had to write recently. We weren't given a lot of time; we were given even less support! This isn't me complaining about the course, it's me explaining that I had no idea about the level my academic writing had to be. My undergrad degree is in English Literature and Creative Writing, where we could pretty much read a bunch of books then write whatever we felt we could prove.

This is a whole different ball game.

Anyway, I'm not expecting you to read it all, although it is interesting. I'm putting here to show what is expected (this particular piece was not formally marked - it was a jolly practice piece. A compulsory, jolly practice piece. It's also only 1000 words, so it's pretty much nothing as far as FE is concerned. I am currently polishing a couple of 4000-word essays so that I can get cracking on a 2000-, 3000- and 5000-word set of papers. Then it's just the 20,000 words for the dissertation. 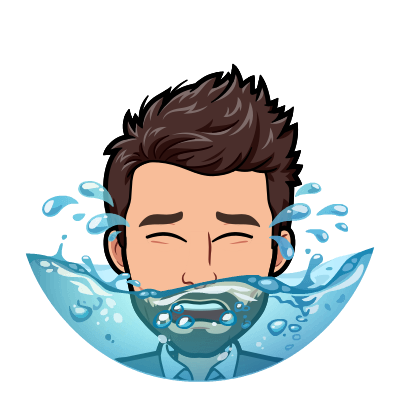 I'm going to say my usual thank-you up here because it'll just look weird after the references. So thanks for clicking on the link and reading this far. Kudos if you read further. I've been contacted by a couple of people on Twitter about appearing on their blog soon, so look out for that. And have a great week!

Can a Legacy be Compete?  Questioning Wells’ Trinity

Lave and Wenger said that learning was ‘not a separate and independent activity, but an integral aspect of participation in any “community of practice.”’(Lave and Wenger, 1991).  They were talking about children but this neatly summarises how Wells’s paper treats the work of Piaget, Vygotsky and Dewey.  Indeed, it is because of this paper that I find myself with a newfound appreciation of Piaget’s influence on education as a whole and in particular on the psychology of Vygotsky (and Dewey for that matter).  Each theorist built on the ideas of the previous and as Wells said, ‘there is no expert’ (Wells et al., 2000).

What is striking about Vygostkian ideas is how neatly they fit within contemporary education even all these decades later.  For Vygotsky, language ‘was the defining human tool, the one that supported the intersubjectivity that made abstract reflection itself possible’ (Wertsch, 1985), that is to say (by my interpretation at least) talking about something is essential if we are to learn about it.  In the paper, we read about Vygotsky’s ‘Community of Inquiry’ (2000: 13); ‘dialogic knowledge-building’ (p.24); and ‘inquiry-oriented curriculum’ (p.14), all of which are ideas from the early 20th century, and we could just as easily be reading a modern CPD document about Talk for Writing (Corbett and Strong, 2011) and the Creative Curriculum (Eisner, 1990).  Alas, in his paper, Wells cites another startling similarity between the two eras, that being that the education system we currently have is (largely) still reminiscent of the one ‘that we inherited from the industrial age’ (2000: 2).  I suppose this is why the Vygotskian and Deweyian, and even Piagetian ideas seem so relevant today - they are yet to be fully realised!

Wells picks up on this and recognises that:

change necessarily starts within the activity systems currently in place, in particular classrooms, schools and school districts, it is just as important to encourage the participants in these local communities to become agents of change through trying to improve the activity systems in which their development takes place (2000: 7).

‘Be the change you want to see happen’(Lorrance, 1978) seems to be the rallying cry for Vygotsky and those who came after him, like Dewey.   In discussing pedagogical evolution, Wells suggests that ‘it would be difficult to improve on [Dewey’s] ideas’ (Wells et al., 2000: 10).  It is true that Dewey took Vygotsky’s ideas and opened them up to the wider scope of society.  As Susan Mayer points out:

[Dewey] held that the children of democracies must be apprenticed into collaborative meaning-making processes; they must be allowed to appropriate and reinvent, in terms that they can understand, the practical methods and processes currently in use within their wider society. (Mayer, 2008: 7)

However, Wells’ treatment of Dewey implies that the progression of pedagogy ended there.  While this may be appropriate within the context of a paper discussing only Piaget, Vygotsky and Dewey, it seems to be ignoring a further key player in the eponymous ‘legacy’ of which Wells writes.  Just as Vygotsky built on Piaget, and Dewey built on Vygotsky, so Dewey was built upon by Bruner.

Wells barely mentions Bruner. This is a bit of a misstep, not least because Dewey was a contemporary of Vygotsky’s and therefore can hardly be said to be ‘building on the legacy.’  Indeed, I think it is difficult to fully appreciate Vygotsky (or Dewey) unless you look at Bruner (in much the same way that I learned to appreciate Piaget through reading about Vygotsky).  Vygotsky took Piaget’s understanding of cognitive development stages and went on to lay the groundwork for a dynamic, creative, didactic learning environment. Dewey expanded upon this by introducing a more pragmatic approach and introducing the idea of social learning beyond the classroom.  But it is Bruner who brings it all together.

Bruner’s views on the importance of culture enhance Vygotsky’s (and Piaget’s, and Dewey’s) ideas in a way that takes them one step further.  He could not see ‘how a psychological theory of cognitive development’(Bruner and University Professor Jerome Bruner, 1966) dealt with the impact that a child’s culture had on them and their learning.  He agreed with Dewey in his ‘criticism against a mechanistic view of the human mind’ (Takaya, 2008: 5) but also believed that people ‘become what they are [...] by internalizing culture.’ (2008: 5)  This internalization, he argued, only happened through social interaction and discursive practices (through a ‘toolkit of culture’(2008: 5)) at school.

In the years following 1980, Bruner began to move beyond Dewey, and ideas of what education can achieve, or should be, evolved yet further.

All of which could be found in a successful, modern classroom where learning is active and the children’s participation in their own progression is at the forefront (see the research into ‘flipped classrooms’ by Zainuddin and Perera, who found that ‘students in the flipped learning environment were more competent’; ‘were able to control their learning outcomes’ and ‘fostered better peer interaction and autonomous learning skills’ (Zainuddin and Perera, 2019).

Legacies grow.  By their very nature, they must either remain incomplete or fade into obsolescence.  It is for this reason that I think discussions and critiques of the originators of the ‘community of practice’ would be incomplete without perhaps a little more focus on a theorist who at least lived to see collaborative approaches to education in a world where communities of practice can include colleagues literally half the world away via Skype calls and Google Docs.  To side-bar Bruner (as Wells seems to have done) seems short-sighted. Particularly as he offers that Vygotsky’s ‘most important legacy’ (Wells et al., 2000: 24) was that classrooms and schools should be environments ‘in which teachers and students participate together’(2000: 24).