Here in England, we are either winding down for the Summer break or we have already closed those big iron gates already.  We're (maybe) beginning to see light at the end of the COVID tunnel and there are five-and-a-half glorious weeks of holidays beckoning.

Many teachers will have set some sort of reading homework for the Summer break.  Libraries here in the UK have launched their annual Summer Reading Challenge and, despite the allure of Nintendo Switches and endless YouTube and TikTok videos, some children will even open a book.

But which books will they be reading?  According to the WHSmith's Children's Book Charts (at the time of writing), the number one book in the UK right now was written by David Walliams - an English comedian, actor, writer, and television personality [1], best known for catchphrase-based sketch shows (that haven't dated all that well[2]).  I know a lot of teachers who despise Walliams' books, citing a lack of imagination and terrible writing.  A quick Google search will return many articles echoing the inappropriateness of the stories for children.  Recently, Molly Powell, writing in theboar.org stated simply:

Children should not be reading David Walliams’ books.[3]

To be fair, that's where I began my journey.  I have never enjoyed David Walliams' humour.  Not as a comedy sketch writer; not as a judge on TV talent shows; certainly not as a writer... except that I had never read a Walliams book beyond its title.  I had simply assumed, rather pretentiously, that there was no way they could help children to appreciate [a] rich and varied literary heritage[4], therefore they had no place in the classroom.  I was, of course, blithely ignoring the other aspects of the National Curriculum for Reading - that children should be reading fluently and with good understanding [...] for both pleasure and fun.[5]

I have, in a previous post, talked of my dislike for Roald Dahl, and I had heard from colleagues and children alike that Walliams was very similar in approach and tone.  In fact, in that blog post, I outright stated that I would have banned Walliams' books were I not out of class completing an MA.  The difference, of course, is that I had taken the time to read Dahl's books.  I had evidence to back up my argument.   I had never actually read a David Walliams book... until a week ago. 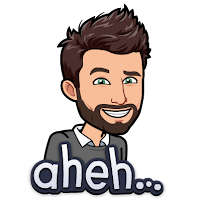 I was going to read the most recent Walliams book (Code Name Bananas) and write up my opinion - one that would probably have found me justifying my originally held beliefs; this time with some quotes and a smug satisfaction that I was right all along.  However, as is often the case when I'm about to do something less-than-clever, my amazingly patient wife stepped in and asked if I had read any others.

Don't you think that's a bit unfair?  She asked.  Also, being a scientist by trade, she criticised my n of 1* approach.  She recommended I read at least three: the most recent; the first; and the most popular.  Damn it, she was right.  I had to read at least three.

Luckily, I have the app BorrowBox, so I was able to get the three books I needed on loan as ebooks from my local library.  I borrowed and read:

Here's what I thought...

The first thing that struck me was the number of chapters in the books.  Code Name Bananas had four parts and over 50 chapters!  This was excessive, I felt, and I questioned the efficacy of encouraging children to 'read a chapter before going to sleep' if the chapters were basically paragraphs.  However, Dan Brown does the same thing, and I like his books (there, I said it).  So the chapters thing shouldn't really be an issue.  The might even be useful but more on that later.

There is an awful of varying text size, something which really rubbed me up the wrong way.  Instead of using deliberate and specific vocabulary, Walliams opts to simply make his choice of simple words bigger.  On top of this, all three books had pages and pages taken up by a single word or a repeated phrase.

No thank-you, Mr Walliams.  Not for me.

There are so many fart and bum jokes in all the books I read.  And (and I know they are written for children), the use of 'bottom burp' and 'it was me bum-bum' and 'oh-er, my botty isn't happy' made me cringe and completely took me out of the story every time it happened.  And it happened a lot.

The characters are archetypal (women came off very badly in two of the three that I read); the stories are predictable; the jokes are the stuff of Little Britain[6].  There is also a lot of fourth-wall breaking and, in Code Name Bananas, the irritating addition of footnotes pointing you to the Walliamsictionary for the definitions of the nonsense words.  I found it all very painful, lazy writing.

But then I read The Boy in the Dress and I have to say I was shocked.  Yes, there was the occasional element of laziness here and there - the archetypes were present; the social commentary that was probably edging itself out of date even in 2008 (the message of the whole book seems to be 'be yourself... but if you're going to wear a dress as a boy then it's probably best to be yourself in secret', which is a shame).  However, the story romped along and I found myself rather invested.  It was still a very boys-own adventure (the three women in the book being an absent mother, a love interest, and an overly sensitive teacher), but it wasn't bad.

The Ice Monster was probably my favourite of the three.  Again, several parts and no fewer than 78 chapters but again, the story romped along.  It was a pleasant read and this one even had some slightly challenging vocabulary.  More surprisingly, there were females in the book who were actual characters.  Not many - I think again only three or four (five if you count Queen Victoria), and they were a ruthless matriarch, a villain, a kindly mother-figure and an adventurous girl.  Oh, wait, I tell a lie, there were lots of girl pickpockets as well.  Their gang was run by a boy though, so there is still some work to be done on the whole 'girls can have adventures as well as boys' angle but it was definitely an improvement.

But what is my overall opinion?

Well, for that you are going to have to come back next week.  I will tease you with this though, my ultimate conclusion shocked me.  Between discussions with teachers about the academic merit of reading for pleasure, and a conversation with my wife about the origins of children's fiction, I did reach a final decision on the books of David Walliams.
But not before having to read a fourth book.
A book from my own childhood.
And that book, I am not exaggerating when I say,
changed
everything... 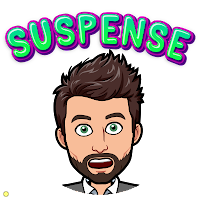 Thanks for reading this far, if I have piqued your interest, part two of this review will be available on July 26th.  Subscribe to my blog so that you don't miss it or follow me on Twitter to get an alert when it drops.

I mentioned Borrow Box earlier. If you're in the UK, this is a fantastic free app that turns any smart device into your very own local library!  All you need is a library card and the app.  Now, this is not an Amazon or Audible replacement - there are queues for the more popular books and you cannot guarantee that every book is going to be available.  However, they have such a wide range of ebooks and audiobooks that you're sure to find something.  And it's free!  I used this service for this month's blog post but I have previously used Borrow Box on holiday and read my way through A Clockwork Orange, Grave Secrets, Uncommon Type and even Darcy Swipes Left - a retelling of Pride and Prejudice through social media platforms.  All for free.  It's a great way to show that local libraries still have a role to play and deserve their funding.

There are others as well, Libby is an international version but I don't have as much experience with that.  Honestly, these library apps are out there for your country and they are fantastic.  If you enjoy reading, do yourself a favour and head to your app store of choice to check them out.

In the meantime, which books make you cringe?  Have you ever had to ban a book from a child?  Do you disagree with me on David Walliams or Roald Dahl?  Please let me know!  Comments underneath are a good way, or contact me via any of the other links immediately below my name.  Have a great week!

*In statistics, your n number is the number of data pieces you have.  If you had interviewed 30 people or repeated an experiment 30 times, you would have an n of 30.  This means that your results are more valid because you have proved repeatability.  An n of 1 means that you only have one data point.  It's not at all valid because someone can very easily refute any evidence you present by pointing out that it could easily be an anomaly. 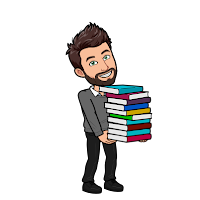