live since May 05, 2020
**UPDATE August 3rd, 2020**
I received a lovely email from a visitor to my blog informing me of a very helpful listicle.  In their own words, it's:
very thorough with kids' safety online.
They give tips for each topic.
There are things for both parents and teachers.
If that's piqued your interest, follow this link...
after you've read this post, obvs!
Happy Tuesday, everyone!  My hair is still blue, in fact, it's now bluer than ever (I decided that I liked it so much, I've re-dyed it with permanent colour).  You can still donate towards my chosen charity, The Little Princess Trust by following this link.  I've raised 36.5% of my £1000 goal and I am truly grateful for every penny.

With the Government now saying that schools will likely not reopen until June, teachers and parents up and down the country are facing the reality of at least four more weeks of home-learning.  For some, that is great news; for others, it's not.  For pretty much everyone it means more time for children online.  Is that okay? 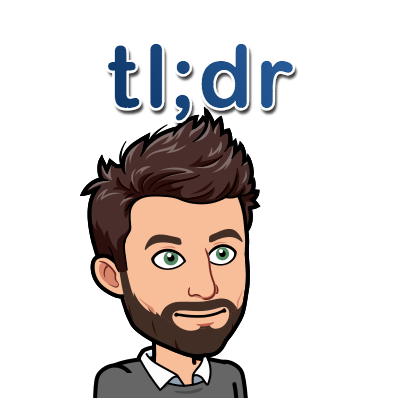 Online grooming is still a thing
You should be aware of what they're doing online
There are great, FREE resources out there to help

This week's post content gets a little heavy, so in an effort to not make light of the serious nature, I'm not going to use my usual bitmoji images (except for TL:DR Carl).  The information used comes from the article e-Safety and online safeguarding from Vol. 2017, issue 13 of Children and Young People Now, if you want to dig a little deeper.

Hopefully I am preaching to the choir with this one but I decided to focus on e-Safety this week after watching this video on Twitter:

I used to run several e-Safety workshops every year in various schools and it always shocked me how little parents were aware of their children's online activities.  I remember one parent of a 7-year-old declaring proudly that her daughter had her own laptop that she used in her bedroom.  That parent was very proud of their child's tech-savvy ways, and to be fair, the kid was a whizz with Scratch and the like.  But I had to caution the parent about the non-supervised screen time.  The response I got back, and it has been echoed by far too many, was:

Now, I'm not suggesting that any young children seek out dodgy sites.  What I am suggesting is that there are people out there who seek out perfectly reputable sites for dodgy reasons.  And those people aren't big with the truth.

Also, kids talk without thinking.  They can overshare information.  They can be easily influenced by social media.  They can be flattered by a stranger's interest.  It's too easily done.  I'm not alone in thinking this way, either.  The article e-Safety and Online Safeguarding (Hayes D, Carr J, Hancock M, 2018) reported that just over one in every two parents were concerned about their children's online presence.

It's okay, my kid doesn't have a laptop.

That's fine.  79% of young teenagers (12-15) use their phones (for primary-aged children, that number is a little lower, but still over a third).  What's more, 70% have an active online presence.  That's seven in every ten children of school age.  If you think your child doesn't have a social media account, it might be a good idea to double-check, even if you know you didn't set one up for them.  Let's face it, it isn't difficult to do.

But is it really that big a deal?

And it's not my intention to sit here and say that the internet is a terrible, scary place.  It's mostly not.  But to say that these things don't happen; to turn a blind eye; to adopt an it'll never happen my child attitude, is irresponsible.  Plus, it's not only the indecent images and videos that are a problem.  Cyber-bullying is a very real thing.

The world is a crueller place that when you or I were in school.  You can now be bullied anywhere, at any time, from any country in the world.  Back when we were kids, if you did a stupid thing, or something embarrassing happened to you, you would be the subject of ridicule for around a month, then it would (for the most part) blow over.

Now it's permanent.  Now kids have 4K video cameras in their pockets and the means to share those embarrassing moments with everyone.  In 2017, Ditch the Label conducted a survey that suggested some 60% of young people experienced bullying.  One in ten of all children questioned said that cyberbullying was the cause.  This ranged from abusive private messaging, to rumours being posted and spread online, to nasty comments on social media profiles.   All of which has led to the somewhat bleak statistic that 1 on 4 children have reported having suicidal thoughts, and as many again are self-harming as a coping mechanism.

This is horrible.  Why are you talking about this?

Because for every 20 children who are bullied online, or cutting themselves, or considering ending their life, only 3 tell anyone about it.

Schools have an obligation to teach e-safety and safeguarding but schools are closed at the moment.  And anyway, recent studies suggest that children don't pay much attention to grown-ups when it comes to online advice anyway (handy, huh?).  So here's what I suggest.

CEOP (the Child Exploitation and Online Protection Command) is a wonderful organisation (woefully underfunded and sort-of reliant on charitable donations from companies like NSPCC, Google and Microsoft) and they run a website called ThinkUKnow.co.uk.  To help parents deliver the message of e-safety and safeguarding during the school closures, they have put together some fantastically helpful packs.  They are adding new activities every other Tuesday for the duration of the school closures.  Oh, and they're free.

The packs (downloadable from their website, or just click here) are split into EYFS and Primary, and Secondary and each consist of several 15-minute activities.  They are designed around discussion with your child, so it is not a case of sitting them down and letting them get on with it.  One of the most important things parents can do to encourage strong e-safety is talk with their children!  You might even learn a thing or two yourself!

It's not just CEOP that have good e-safety activities though.  Google has a who digital world for children to explore and learn.  Interland (here) invites children to 'be internet legends' by completing games based around internet security (passwords and the like); digital citizenship; website truth analysis (no, really - check it out, it's awesome); and e-responsibility (thinking about what you share etc.).

This is a sit them down and let them get on with it situation (in the same room as you, or at least with a direct line of sight) BUT!!! I recommend you set some family time aside.  Heck, stream it to the TV and make a night of it.  Seriously, these games are fun and, though the answers to the questions can be obvious, the options will throw up some discussions that will be worth having.  You also get certificates for completing the levels.

I'm going to leave it there this week.  Short and... well, not sweet given the content, but important.  Everyone is doing their best to stay sane, earn money and look after their children, I know that.  All the same, it never hurts to do a quick e-safety audit on your younglings and their digital life.

Hang in there, people, only one more month (potentially...)! 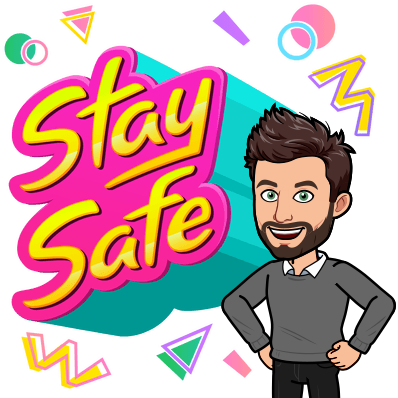