live since July 02, 2020
Hello everyone and congratulations on surviving yet another week on sort-of lockdown!  I'm drowning in essays, dissertations, lesson planning and social media management, so I'll just crack on.
Be More Pig 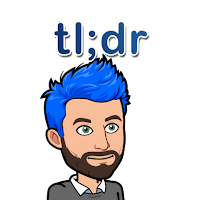 There is an important difference
between commitment and participation
Let me set the scene...
I was at my in-laws' house about a year ago and my father-in-law, who had just come back from an international conference, was regaling us with stories of his trip.  He is a delightful man who can spin a yarn that would make Scheherazade envious.  Anyway, this particular tale was about a key-note speaker with whom he was sharing a lift.
They were chatting generally about workforce morale and the different ways to keep people motivated through long days and difficult times. The conversation went along pleasantly enough and the key-note speaker (in my head, he's a Texan) reached his floor.  As the doors opened, he turned to my father-in-law and said:
When it comes down to it, you can either be a chicken or a pig.
Well, my wife, sister-in-law and I were as confused as I suspect you good people are, and indeed, as confused as my father-in-law.  But he kept us waiting for the explanation just as he was kept waiting.
He kept thinking about what it could mean: Be a pig not a chicken?  Don't be scared to do something?  That would cover the chicken part, but where did the pig fit in?  Pigs... will eat anything, so... don't complain about being expected to do whatever you need to do?  No, that didn't seem very sage advice.  There is tremendous power in saying 'No'.
We few gathered around the kitchen table didn't have a clue either.  For my part, I couldn't steer my brain away from the 90's cartoon show, Cow and Chicken, but that didn't feature pigs at all.  So I was lost.
It took a full two days before he found himself in the same lift as the enigmatic speaker.  Luckily for us, my father-in-law is very adept at cutting to the chase (I, dear reader, am not) so he asked the man directly what he meant by his breakfast comment.
This is the explanation:
In life, he said, there are two types of people.  There are those who dip their toes into the water to see if they're gonna' like what they find.  They'll agree to help ya' out at a meeting, maybe, it looks good in front of the boss, but when it comes down to it, they'll suddenly find they're too busy.
These people are chickens.  Now, I don't mean no disrespect to them; I ain't callin' them cowardly, hear me out.
Because then y'got the other type of person.  The kinda person who'll throw 'emselves into whatever needs doin'.  They're not walkovers; they'll tell ya straight if they got no intention of doin' somethin', or if they don't believe somethin' can get done in the time you want it doin'.  But if it's within their power, hoo-ee! they're gonna get it done.
Those people are the pigs.
To recap:
People who sort of commit but not really - chicken
People who are all-in but not in a sycophantic way - pig
That's all very well and good, we were thinking, but it still doesn't make a great deal of sense.  Why a chicken and pig?  Don't worry, it's coming...
But why a chicken and pig? Asked my father-in-law.
At this, I'd like to believe the key-note speaker let out a friendly chuckle.  I don't know, of course, I wasn't there, but it's my story now, so I'm embellishing.
Well, I'd like to think he said, it all comes down to breakfast. 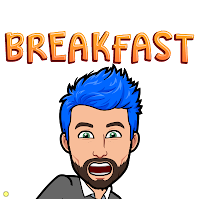 Blank looks all around the kitchen table.
For breakfast, you have bacon and eggs (apologies to all vegans and vegetarians, suspend your disbelief), right?  Well, the folks who'll maybe help out, maybe give 80% to ya' are like the chickens at breakfast time.  They'll give an egg, maybe two, but then they'll get on with their day, thankyou-very-much.
The folks who you can rely on to get a job done and done well?  They're the pigs.  They give you their bacon.  There ain't no coming back from that.
Chickens participate; pigs commit.  Be a pig.
So there you go.  Commitment versus participation.  It's a story I keep coming back to, especially when faced with a choice of whether to commit to something and it's served me well.  It seems simple but giving yourself time to stop and ask yourself, will you commit to this or merely participate, is a great way to prioritise.
And I'm not saying that participation is bad.  Sometimes it's all you can do (we're all time-poor).  The important thing is to recognise that you can only agree to participate.  Don't let yourself be talked into doing too much unless you can commit to it fully.
I'm saying this now, at this time of year, because I'm seeing a lot of Twitter updates about people's delight in their new teaching positions (congratulations all of you).  I remember being thrilled at a new position, more responsibility, greater expectation, and then slowly realising that I was being expected to commit to more things than had been originally agreed.  Had the eventual parameters of the role been made clear at the start, I might have thought differently about accepting, or at the very least, had the chance to check with myself that I was willing to be the pig.
On a similar theme, next week's post will be about the importance of saying NO.  My professional life was improved beyond measure when I learned how to say no to managers, coordinators, even Ofsted inspectors.  It was transformative.  But that's next week.
This week, I leave you with BE MORE PIG. 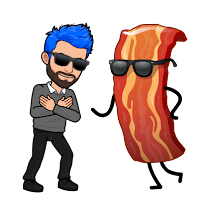 Thanks for reading, as always.  If you have any questions or comments about what I've written then please feel free to leave them below or to tweet me directly (link at the bottom).  I'm still in the middle of writing my paper on the relationship between policy and pedagogy with regard to UK Year 6 and High-Stakes Testing, so if you have any comments or anecdotes about that, or if you want to help out with the research, then you can head over to THIS QUESTIONNAIRE.  I'd really appreciate it.
Other than that, it's nearly the end of term!  The end of another academic year (if the government allows us to have a break). You did it!  And you did a third of it remotely!  Well done!  No-one's ever had to do that in this way before, which makes you a pioneer.  You, my friends, have made history.  Never forget that.
Carl Headley-Morris
mrmorristeacher@gmail.com        @Mr_M_Musings        www.svreducation.co.uk
Advice behaviour contraversial discipline education edutainment elementary school entertainment feedback management opinion positive behviour school self-worth teaching thoughts Top Tops tough choices