Anybody fail at something recently? That's okay. No, really, it's good.

Well, it happened.  Despite staff strikes and global pandemics, my dissertation was handed in (Perspectives of Primary School Teachers in England on the Impact of Assessment Policy on Pedagogy, for anyone interested) and I am now free of the shackles of further education! 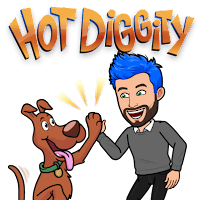 But not free of the shackles of bills and such, so back to the grindstone for me.  It's not all bad though, technically, I now have time to get back to writing more often than once a month.  Realistically, probably once every two weeks because I'm also launching (technically re-launching) a YouTube channel and running the social media account for a tutoring company (@svreducation on twitter, Instagram and, soon, Facebook - check it out!).

That said, let's get right on with today's blog post.

The Importance of Failing

I have very recently been the victim of a terrible hair cut (the blue is now almost entirely gone, #sadface).  My regular barber has decided to put his scissors away permanently and retire (selfish man) and I had to pull a Vygotsky and venture outside of my comfort zone and seek out a different hairdresser.

I looked at some reviews and gave a local one a try.  After explaining what I wanted (not very complicated - I'm a simple guy), the man set to work.  Unfortunately, he cut my hair way too short for my liking.  Now, whose fault was this?  His?  He is, after all a qualified barber, surely he should be able to manage a basic request.  Well, maybe.  But I would argue that the fault actually lies with me, or rather my instructions.

Had I been clear enough, or checked that he and I understood each other perfectly, I might have been less disappointed.  I could have provided a picture for reference.  I could have cautioned him that it would be better to go too long and adjust afterwards.  These are all things I will try next time (I'm going back, hair grows and he did a good job - it wasn't what I wanted but he clearly knows what he's doing). 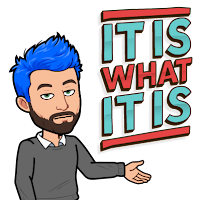 Now, at the risk of sounding like a lazy pastor, this rather reminds me of education.  How often do we as teachers (or parents) explain something expecting the children to have understood?  Sometimes we can explain it several times; we can even ask if everyone's understood but still there will be some children who, despite all the input, will get it wrong.

Whose fault is that?

There are two sides to this.  You could argue that the child wasn't listening well enough or was not paying attention.  Again, we've all done that: "If you had listened the first time..." and, to be fair to us, sometimes that's true.  However, it doesn't help with the end goal of ensuring the child can achieve the task.  However frustrating it is, at some point someone is going to have to go over the material again.

The other side is that you genuinely didn't deliver the learning effectively the first few times.  Of course, no-one likes to hear that but we are all fallible.  Sometimes our delivery may seem crystal clear; there may be little nodding heads and smiles of understanding all over the place but the message still doesn't quite land.

This happened to me on a regular basis when I was teaching Year 6 maths.  There were concepts that I knew for definite were on the Year 4 and 5 curriculum, so the children should have been familiar with them.  Yet, when it came to it in Year 6, blank faces.  So I would explain it one way.  Then I would explain it another way.  Then I would go right back to how the basic arithmetic of the situation applies in Year 1 maths and slowly bring the numbers up to a Year 6 level.  Still though, some children just wouldn't get it.

So I would hand over to the children who did.

I would go and sit in their chair and hand the pen-of-power over to them.  Every single time I have done this, I have learned a better way of teaching a concept.  And it's not that my way was bad or overly complicated it was just different from the approach the child had taken.  Then I get to add that approach to my repertoire and use it next time.  I feel better as a teacher.  The children who were stuck feel better as learners.  The child who helped feels empowered as a teacher/learner.  Because of an initial failure, everybody ends up a winner.

A 2010 study showed that reinforcement learning (learning through making mistakes) leads to less feedback-related negativity.  Basically, a bunch of social scientists had a group of people press some buttons in a given sequence.  They were not told the sequence and had to work it out through trial and error.

However, those tricksy scientists had manipulated the game so that some people 'guessed' the correct sequence after making a few mistakes, while others had to make many more (up to 12) before the 'sequence' was correctly guessed.  There was no true sequence because the experiment was all about how making evaluating mistakes and re-doing tasks affects learning.

The results of these studies suggested that when people are allowed to own and explore their mistakes and, crucially, given the opportunity to revisit tasks and get them right, their attitude towards the experience is positive.  Basically, we learn from mistakes if we are allowed to.

So, when you're in class or, God help us, parent-teaching during another full lockdown, and your child makes a mistake, here's what you need to do (backed up by science):

For step 3, I would use a different example to correct.  If it's maths, use different numbers; if it's English, use different words.  This way, step four becomes more meaningful because the child is applying their newly galvanised learning.

As for me, I am going to learn from my mistake this morning and make sure that, when I go back for my hair cut in six weeks' time, I have a photo of Ryan Reynolds with me.

Thanks for reading this far, if you have.  I'll be writing every other week from now on so the posts will be more frequent.  As I mentioned above, I'll also be working on a YouTube series and also a podcast (although that might have to wait until the New Year).  I'll be reviewing books, exploring education theory, offering tips and advice and, hopefully, interviewing people from NQTs to geniuses at UCL who interpret the UK's PISA and TIMMS results.  Fingers crossed!