When was the last time you SCARED a child?

It’s Halloween soon so I thought I write about a topic that been bugging me for a few years but first, some context…

I was teaching a class of Year 4 children and for our end-of-the-day story (I hope you are all reading an end-of-the-day story - no links to topics, no guided reading style questioning, just sit back, listen and enjoy time), the class chose the brilliant Niel Gaiman book, Coraline.

Many of the children in the class had seen the film and enjoyed it and the majority were enjoying the book.  Right up until around the middle, when one of the boys said that we should stop reading it because he had a nightmare. 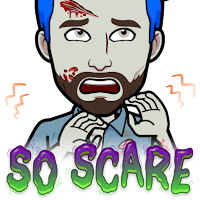 I don’t know what you would have done in that situation but I’ll tell you how I handled it and you can judge me in the comments below.  I was told by several people to stop reading the book to the whole class.  I was recently told that Coraline is not a suitable book for children (!?).  I’d love to know your thoughts on the matter.

Here’s the thing:  Children should be exposed to scary things.  To quote Dr. Steve Orma, a CBT therapist and sleep expert, “Fear makes us feel alive and know we are stepping outside our comfort zones, which is exciting.”

When I was little, I used to be horrifically scared of ghosts.  To help me get over this fear, when the funfair came into town, my mother and brother would take me on the ghost train and point out how artificial everything was; how ridiculous the vampire seemed when you looked beyond the black-light paint and saw the hydraulics behind it; how there was nothing to be feared from the bouncing rags on springs that were definitely not bats.  I ended up laughing and conquering my fear.

Was that cruel?  Was that sort of immersion therapy a little over the top?  I don’t think so, at least, it didn’t do me any harm.  It showed me that, as the saccharine backronym says, fear is just False Evidence Appearing Real. 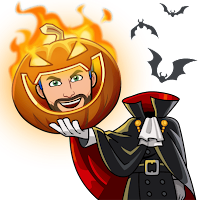 Children need to experience fear and they need to experience it in a safe setting.  Like at a school during storytime.  Another doctor, Dr Mayer, said that fear was an “eraser for the mind.”  When we are scared, we are living completely in the moment and other cares and concerns melt away.  It’s a byproduct of a long-since defunct evolutionary advantage.  If you’re running scared from something that’s going to eat you, you’re not going to be thinking about how silly your hair looks.

More than that, fear is a human emotion and children should be taught how to deal with it.  Too often in schools I hear ‘don’t be angry’, ‘cheer up’ or ‘you’re not leaving until I see a smile on that face.’  The negative emotions are, ironically, frowned upon and demonised.  I don’t think that’s healthy.  Children need to learn that they are complex human beings with an entire spectrum of emotional range.  Anger, fear, envy, lethargy… these all need to be understood to function well in society.

So what of the boy and the book?  Did I stop reading the book?  Well… no.  I told him that it was so exciting that his imagination had taken simple words on a page, just tiny blobs of ink on paper, and created a world so realistic that he had managed to give himself a scare.  I reassured him that nightmares were just bad dreams from which we can always wake up.  I told him that I used to have really bad nightmares and how I got over them by turning them into stories.  Most importantly though, I kept reading the book to the class.  The boy was told that he could go to the partner class next door during storytime if he preferred but that we had started so we were going to finish.

If nothing else, we were at the scariest part of the story.  To paraphrase the author of Coraline, Niel Gaiman, there may be fear in knowing that monsters exist but there is strength in knowing that they can be defeated.  If I finished it there, neither he nor the rest of the children would have the resolution; the nightmare would have haunted him forever. 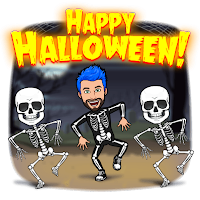 So, this October half-term, scare your children silly… by which I mean, scare them in a silly way.  Read them a spooky book (Coraline, Amelia Fang, Goth Girl); make up a ghost story with them; watch Goosebumps, ParaNorman or The Black Cauldron.  Get them good and chilled… let them realise that, no matter how dark the night might get, the day will break and the monsters will crawl back into the shadows.

And maybe let them sleep with the lights on!

Thanks for reading this far!  Be sure to subscribe to the blog so you don’t miss the other posts.  I’ve been informed that liking my page has been disabled but if you can give my Twitter post a like and a retweet, I’d really appreciate it.

Keep an eye out for my new YouTube channel which is currently in the works and look after each other!

PS: No idea why blogger has decided to mess with the text. Sigh!

I was recently lucky enough to attend a webinar (if you can, in fact, attend  a webinar) delivered by Craig Neville.  It was a very good way to spend around an hour of my evening so I thought I would share my take-home with you lovely people. First of all, I would like to publically thank Craig for his presentation, which was very close to my own philosophy on marking and helped me to once again feel like a sane person in the face of many awkward conversations I have had in SLT meetings in various schools through the years. Essentially, the discussion centered around the four pillars of what marking in schools should be: Consistent Meaningful Manageable Motivating It is so important to remember that not everything needs to be marked.  We've all taught lessons that were either a) purely an exercise in applying a taught skill - a sandbox, if you will, in which the children can hone their newly acquired skills without fear of retribution, or b) a compl

Hello everyone, long time; no write.  I have my reasons (20,000 of them actually, but I’m about halfway through - thanks to everyone who filled in a questionnaire or volunteered for an interview!) but I absolutely had to get this post out before school started again because I think it’s going to be relevant to a lot of people. If your child needs a laptop for school, you should read this whole thing. If you’re all sorted computer-wise, these are not the droids you’re looking for; enjoy the rest of your day. I have not been sponsored for this post.      With the giddy uncertainty of COVID-19 making the news of whether or not we’ll return to school feel like waiting for a crush to text us back, many people are steeling themselves for a second bout of distanced, online learning.  And wasn’t it tons of fun the first time round!  The problems that arose during the final two-thirds of the school year were partly to do with families suddenly having to share digital resources.  Ignoring t