To save time, let's abbreviate this return to absolutely normal as simply 'ab-normal'.

Hello everyone!  Well, if you're in the UK then you know that the schools have been open and children are now free (by legal obligation) to flood back to their classrooms at maximum capacity.  Whether or not this will prove to be a sensible thing, time only will tell.

I'm not going to comment on the pros and cons of getting the children back into schools, nor whether it should have been conducted with a more staggered approach.  No, I'm going to talk about the gift we have been given in these unprecedented times.

But first, I must relay to you a short fable... 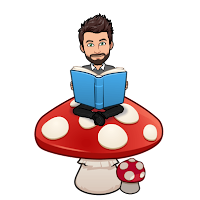 The Story of the Monkeys and the Ladder

Once there were five monkeys in a lab.  They had a pretty good life and were treated well.  One day, a ladder was placed in the centre of the monkey's habitat.  At the top of the ladder, just within reach, was a basket of fruit.

Soon, one of the monkeys was replaced with a brand new monkey who knew nothing about the punishment attached to the fruit.  It began to climb the ladder and was immediately attacked by the other monkeys who were not in the mood for an Arctic dousing.

After a time, a second monkey was replaced and the same thing happened.  Then a third and then a fourth.  Eventually, every monkey had been replaced.  Despite there being no monkeys left from the original group, the learned behaviour from the others was now so embedded that, despite no monkey getting a soaking for weeks, and despite there being delicious, fresh fruit at the top every day, no monkey ever dared climb the ladder.

This story isn't new.  Nor is it based on a real scientific study but its message is timeless.  How many of us out there are doing things a certain way simply because that's the way it has always been done?  More importantly, how many of us are putting up with, turning a blind eye to, or even enabling situations through fear of assumed retribution?

I'm not going to dwell on toxic work environments (read last week's post if you want my take on that) but I am going to suggest that we take this wonderful break from formal, 'normal' education and use it as a chance to reflect on how we've been teaching and, more importantly, how the children have been learning.

For years, I have been an advocate of flipped classrooms - that is, allowing the children to sort-of take the lead on the learning.  My Friday homework was always letting the class know what was coming up on Monday, providing links to YouTube videos or 'cheatsheets' and insisting that they come in on Monday with questions.

With higher ability children, I had no problem giving them my learning intention for the end of the week and setting them the challenge of creating the lesson, from delivery to differentiation.  Come Friday, I would take one of their seats and they would be responsible for maths, English, Science, Computing... whatever they were confident in.  It was great when I had a few children who were very artistic, because I'm not at all.  They covered pretty much all of my art for a half term! 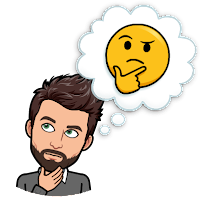 Now, for any doubting Thomases out there who are thinking, yes, but we have to ensure that the right things are being covered, you're absolutely right.  That's why I gave them the learning intentions and always had a back-up plan.  I'm adventurous, I'm not an idiot!  But I very rarely needed it.  The children were very thorough and so keen to deliver the information.  My school awarded house points and I 'gave' the children leading the session ten each to give away.  It worked splendidly.

Another, slightly different, example, which may or may not be relevant for this year is the way I managed end-of-year test revision.  This was covered with weeks of 'surgery' sessions.  For example, with maths, the children would vote on which areas they wanted more revision with.  I would take the top five, make a quick tutorial video using Screencastify, rustle together some example questions and some past-paper examples then set up a laptop or two on tables.  The children would decide where they needed to be and would go there until they were confident.

This allowed for a couple of things.  Firstly, it allowed the children to talk to each other; to share advice and tips; to test their understanding in a very non-public way.  Secondly, it freed up the adults in the room.  I had my TA helicoptering the tables and I was stationed at the whiteboard for 5-minute bookable 1:1 sessions (yes, I had a sign-up sheet; yes it was used).  Confidence skyrocketed and when you have confidence, you are willing to take risks.  Those risks help you to learn (ah... Vygotsky).

What's more surprising, these sessions, as well as being very popular, were among the most relaxed and relaxing sessions I have ever taught (well, I guess, administered).  There were no behaviour issues.  There were no instances of children taking advantage of their more independent role.  I even let them go to the toilet when they wanted (if you're a teacher in England, you know how crazy that truly is!).

Here's the thing though, we're all much better at creating learning videos now.  We've had to be.  The children are more accustomed to slightly more independent learning.  Again, they've had to be. So how many of us have gone back, whether through panic of catching up, or relief at familiarity, gone back to teaching in the same time-heavy ways?  How many of us are teaching lessons that will require mountains of marking just to check one day's progress?  How many of us are afraid to climb the ladder?

I'll leave it there this week (or month, depending on my schedule).  I'm not saying that anyone is wrong - if you need that comfort that familiar brings right now, you do you.  But... there are alternate ways.  There are more efficient uses of your time and the children's time.  There are avenues open to us in education than we either never thought possible, or thought that nobody would ever let us pursue.

The scientists are no longer there and the water has been turned off.

Thanks for reading  - I had a wonderful email from someone this week sharing their story after reading my previous post.  It was great to connect with other people!  Feel free to drop me an email yourself, or simply comment at the bottom of this post.  In the coming weeks/months I will be writing posts about turning an old, dying laptop into a fantastic new one worth around £200... FOR FREE!  I'm not kidding.  I did it myself and I am thrilled with the results.  That's probably coming next.

Also, I'll be reviewing Hamilton Trust planning website, so if you've read my review of Twinkl.co.uk, you might enjoy that one.

And if there is anything you would be interested in looking into but don't have the time to do so yourself, let me know.  I'd love to do the research for you and maybe even collaborate on a post or even... a podcast?  Exciting times lie ahead! 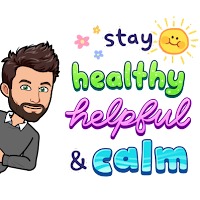 Look after yourselves and each other!