The Tiger Who Came to Represent Post-Imperialist Guilt

It’s the Easter break over here in England so I’m going to keep this pretty short. That… and one-week-old son is in the living room with me while I’m writing this and I keep going over to watch him gurgle and stretch. He really is too cute. 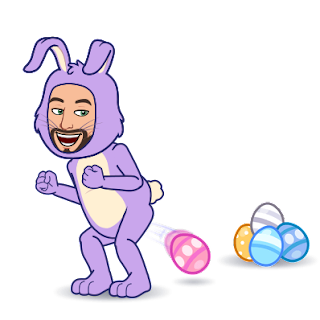 Before I get going with the main body of the blog post, a few reminders: my YouTube channel is both underway and in development and this week I will be recording not one but two special podcast episodes. Also, I have some incredibly exciting news concerning one of the many companies I met with during BETT ‘22. I can’t give any more details away at the moment but, at some point in the next few weeks, expect a pretty big announcement!

Henrik Ibsen, a Norwegian playwright and author of one my favourite plays: A Doll’s House, once said:

"A thousand words leave not the same deep impression as does a single deed."

Then, seven years after he died, it was, erm, borrowed by Fred R. Barnard - an advertising executive - who turned it into the slightly more catchy:

“One Picture is Worth a Thousand Words”

For literally every picture book, you can take the illustrations, which are unfailingly charming and often very detailed, but remove the words. This frees children up to create their own stories. With this in mind, I would like to present some of my favourite picture books to use with 9-10-year-olds, along with some ideas on how to use them in class.

But what if the children already know the story and they’re just retelling it?

That’s fine. They’ll very rarely retell it exactly as it was and even if they do, they’ll still be practising punctuation, spelling, grammar, and all within the confines of a safe and familiar environment.

I said I would keep it short and sweet, so here we go…

The Tiger Who Came to Tea 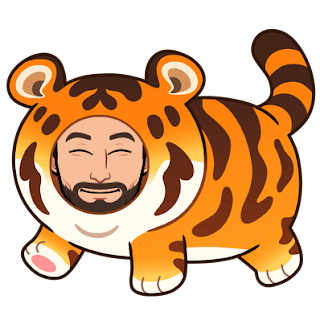 I’m going to use this book because it is a classic that I’m sure you’ve at least heard of, but the ideas I’m going to talk about can be adapted to match any book at all.

The Tiger Who Came to Tea tells the story of a tiger who, well, comes to tea. Quite unexpectedly, mind you. The tiger eats and drinks everything before leaving just before daddy comes home. When daddy is told all about the tiger, he simply decides to take his family out for dinner.

That’s not even me nutshelling it; that’s the whole plot of the book. And it’s wonderful!

This charming little tale can be reworked as:

The [literally anything] who came to tea.

I would shake the story up a bit though and insist that the visitor comments on all the things they are eating. When the Tudor King drinks the tea, he could comment on how it is very different to the ale he drinks in his palace. When the Victorian Street Child sees the cakes, she could talk about how rich the family must be to have so much wonderful food.

You could update it and have the tiger playing with Nintendo Switches and sending text messages to his jungle friends. You could write a sequel: The Tiger Who Came Back for More! and discuss how to write a successful sequel by:

Perhaps the tiger coming back for more is not compelling enough to be a sequel. Perhaps instead, Sophie (the little girl from the book) goes to see the tiger instead? How might that change things?

Wait, wait, wait. This is cute and all but I promised some 9-10-year-old stuff, right? Okay, how about this:

When I first read TTWCTT, I immediately saw it as a commentary on post-Imperialist guilt. It’s a Bengal Tiger, from India but it does very English things. It eats cake in the afternoon; it drinks the tea from the pot and even adds the milk first (the proper way, if using a pot. That’s not me, that’s according to The British Standard's Institution [1]). And nobody stops it (him?). Nobody comments that it is rather rude to come into someone else’s house and consume all their resources… perhaps because the same thing was done by the East India Trading Company? And later, when dad comes home, he doesn’t say anything because the mother is in charge (for ‘mother’ read ‘Queen Victoria’) and she’s fine with it. So they simply go out and buy things using dad’s money (for ‘dad’, read ‘Privateers like Raleigh’).

Now, I’m no historian and I haven’t looked very deeply into the feasibility of this interpretation but I do know that England’s occupation of India via the East India Trading Company is well documented and the rule of the Raj has its controversies.

Interestingly, during my very scant research into this, I stumbled across something that Michael Rosen had spotted:

“[Kerr] knows about dangerous people who come to your house and take people away. She was told as a young child that her father could be grabbed at any moment by either the Gestapo or the SS - he was in great danger. So I don't know whether Judith did it consciously or not - I wouldn't want to go there - but the point is he's a jokey tiger, but he is a tiger.”[2]

So I'm not the only one to be analysing picture books. Rosen's interpretation is probably a little more accurate than mine - I didn't know Kerr's history - but would go so far as to argue that it doesn’t really matter.

If we can teach children how to cite their sources and form sensible (or silly, I don’t mind, so long as they can back them up) arguments then it’s a winner. And it’s not just TTWCTT you can do this with. 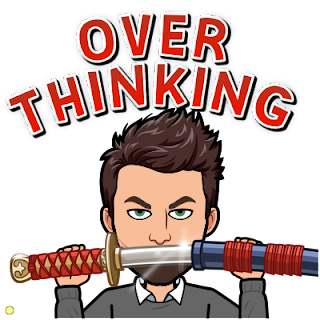 The Gruffalo: is it a story about a manipulative mouse? Is it about bullies being bullied? Is it about the dangers of fake news and misleading information online?

Guess How Much I Love You: is it an achingly cute story about a mother’s love for her child or a battle of one-up-man-ship in a one-sided relationship where the child is forever striving to achieve the unattainable perfection of their mother’s missed opportunities (I’ve thought about this a lot!)?

Peter Rabbit: is it a classic tale of a cheeky-but-adventurous rabbit who almost gets caught and put in a pie like his father (already quite bleak!), or is it an Orwellian story of the disproportion of wealth among the inequitable bourgeoisie and proletariat?

Alas, I must cut this short. Very short, I know. And next week's may well be short again; it is surprising what swapping food for stress and a three-hour-a-nite sleeping regime will do to your writing stamina! However, since I am filming some things for an Indonesian school tomorrow, so that might be fun to write about. I guess you'll just have to wait and see! 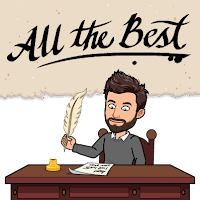