An update on chatGPT...

So, I gave chatGPT another try after having played with it a while. I'm impressed. 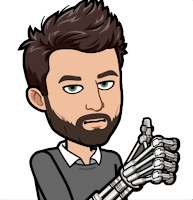 I used it to create not only 6 short stories (specifying the appropriate age-range) but also to generate 5 open-ended inference questions about each of the stories AND provide example answers using evidence from the texts.

And it took mere minutes.

I'll attach a copy of the booklet I ended up with and you can judge for yourself. They're not perfect (the poem is mediocre at best) but they would certainly save some planning and resourcing time.

Rumor has it that chatGPT is going to be placed behind a paywall by the end of the month so if you're intending to try it out, I would recommend sooner rather than later. Microsoft are also interested in buying it. Perhaps they'll resurrect Cortana?

But what about Google? They have LaMDA, which they argue is even better (this is the AI that one employee argued was sentient) but not yet ready for the public. Who knows, maybe 2023 will be the year that the robots rise up! 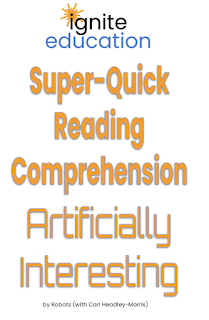